Top 10 Leaders who are Reinventing the Advertising Industry

The Advertising industry has been facing radical changes over the recent years. Brands have increased the number of their campaign pitches and the market has grown incredibly competitive. Regardless, some agencies have been exceptionally successful in the business, due to a consistent and visionary leadership.

Here are 10 of the most renowned Heads of Advertising agencies worldwide, changing the game and setting the pace.

Montalvo is one the most acknowledged creatives in Latin-America, he has worked in Ogilvy & Mather, Anónimo, Young & Rubicam, BBDO Puerto Rico, now he is the founder and CEO of Montalvo Agency.

Montalvo Agency rose through the ranks thanks to the campaigns done alongside big players such as Gandhi, Larousse and Indio. They also carried out USA’s National Safety Council “Prescribed to Death” campaign, acknowledged for its distinguished narrative.

For Montalvo, curiosity, simplicity and creativity, are the three elements that have made Ad campaigns that forever changed the world.

He puts people first: “There’s nothing better than being able to feel peoples energy while working, and seeing their faces when ideas flow and are validated”. See his TED Talk.

He is the CCO of FCB Chicago, he lead othe creative team than won the global launch of Energy BBDO for Champion, Wrigley and SC Johnson

Ordoñez is a creative head with more than 18 years of experience in the advertising area. He bids for big brands creation, for giving them life through stories and thought-provoking innovation.

In 2016 he was named Creative Director at Energy BBDO, where he became an agent for change regarding the wide range of agency clients, including MillerCoors, Avocados from Mexico, Bayer, Ocean Spray, Luxottica, SC Johnson, among others.

Nowadays he is in charge of FCB Chicago, working hand in hand with Susan Credle, Global CEO of FCB Global.

In 2018, according to The Drum’s Big Won Ranking, he became one of the  most award winning creatives in the world. He designed, with his team, one of the 20 most successful campaigns of  the year: “Prescription to Death”

He enjoy his job and does it with passion. He’s a big creative talent without fear for change or the market new tendencies: “It’s hard to focus on a single thing, I believe each client has a different need. I think, generally, that everything must be connected with innovation and storytelling. Most still see this as two separate ways of communication, but when we merge them that’s when we create beautiful platforms for our brands”. (Adlatina)

He values the trust his clients lay on him: “It’s about taking risks, clients and creatives alike. If one of them does not have trust in the other then the bond will fail.”

Genolet, CEO of Ogilvy Latin-America, has been the account director fro big brands such as IBM, Duracell, and Mercedes-Benz. Among his most notable achievements are attracting new clients and acquiring new projects for actual clients, like Coca-Cola and Aeroméxico.

Genolet has obtained significant awards such as the Golden Creative Data Lion, for Latin-America in Cannes Lions, and the Golden Pencil. This is because his strategies go far beyond advertising.

This advertising leader has transformed the industry with innovative business solutions and projects. He is also one of the pioneers in integrating data, technology and creativity. This triad allows him to make projects aligned with his clients’ business a reality going hand in hand with technological transformation.

He is aware that the industry’s trends and prospects, including technology, make a brand or client more efficient, but they do not make up for a lack of creativity: “Creativity will continue being the one distinguishing feature, the issue is implementing it in a different way.” (Dossiernet.)

Terán is the president of Terán/TBWA, the number one agency in the Scopen ranking, handling recognized brands such as Apple, BBVA Bancomer, Domino’s, Jack Daniel’s, Nissan, Quaker Estado, among others.

For José Terán, understanding consumer habits is vital for business: “…the goal is trying to understand them so well that you can make riskier advertising. It’s like a springboard that allows you to jump higher but safer, because you know who you’re talking to and how they think.” (Segmento)

Teran claims that the key is being where the consumer is. It’s not about overwhelming them, it’s about being competent and identifying the right moment for each brand.

Brian Whipple, CEO of Accenture Interactive, is changing the advertising world by designing better customer experiences. His business model is focused on integration: business consulting, technology and creativity in one place.

Whipple has managed to attract clients of the stature of Disney and Marriott. In addition, he has expanded Accenture’s global presence with the acquisitions of Kolle Rebbe in Germany, New Content in Brazil, Storm Digital in the Netherlands and Droga5 in the United States.

He extends his relationship with the clients beyond advertising: “Accenture Interactive… meets the, constantly evolving, needs of clients. Another goal is to help them create transformational experiences and empower them to lead these ‘experiences’ from a to z” (aconteciendoaqui)

Rand and Short are the leaders of  Droga5, New York. The duo has helped lead some of the agency’s most important projects such as “I Will What I Want’ from Under Armour and “Not There” from the Clinton Foundation. Also, they have participated in multiple campaigns for Dixie, Chase, Prudential, Newcastle, YMCA, and others.

Rand and Short won, in 2015, the Glass Lion award from the Cannes Lions International Festival of Creativity for the “Equal Payback Project” of the National Women’s Law Center.

What makes them great leaders?

These women promote culture in the agency and are great communicators with their clients. They are strong leaders who use their power to help causes they believe in.

Santos is the Global CCO in Proximity Spain, one of the 5 most awarded agencies in Spain. She works with brands such as Jägermeister, Levi’s, Skoda, Audi, P&G.

Among Santos’ main achievements, as leader of Proximity Spain, we can mention the creation of the animated Audi spot “The Doll Who Chose to Drive“. Whose objective is to demonstrate that imagination is neutral in regarding gender.

Eva Santos uses her creativity to break down gender stereotypes in advertising. In fact, she got a brand like Audi to give women a leading role with her “Game Changer” campaign.

Santos’ efforts for gender equality go far beyond that, she helped initiate #masmujerescreativas, a collective effort to pave the road for more opportunities for creative women.

She prioritizes human worth. She does not cling to her plans; she listens to others’ ideas and chooses the best ones: “If someone does not know how to work in a team, does not listen and becomes obsessed with their own ideas, they will never be a good creative”. (ipmark)

Ramos, founder and CCO of GUT, co-founder of DAVID, a creative agency based in Miami and served as CCO of Ogilvy Brazil.

In 2016, he was listed as one of the 50 most creative and influential people in the world, according to AdAge magazine. He earned this notable position due to his outstanding creative campaigns. He also helped create the David agency, handling projects for top international clients such as Coca Cola and Burger King.

Another great feat by Ramos was to position Ogilvy Brazil as number 1 in the Cadre ranking. How did he manage that? Partly through the Dove campaign, which was a huge success, exhibited in more than 30 countries.

In 2013, Anselmo Ramos was acknowledged by El Ojo de Iberoamérica as the number one creative, the agency won ten percent of all awards given. To date, they have won over 200 Golden Lions and 7 Cannes awards.

In tandem with his vast experience and creativity, Ramos is passionate about what he does, managing to convey this to his team.

Moro heads the creative department of the McCann agency. She has worked for brands such as Coca Cola, Campofrío and Ikea.

Under Moro’s leadership, the agency has not only managed to appear in the top of the Gunn Report, but also to be the most awarded agency in Spain. This is one of the key motivations for many to want to work at McCann.

She loves her craft, and says it’s “full of exciting learning possibilities…”

As a leader, Sanchez relies on strategic planning to benefit from creative proposals and find new communication strategies for brands. In addition, she has focused her administration on generating dynamics that promote comprehensiveness and quicker teamwork thinking. “Clients are clamoring for a comprehensive agency“

In 2017, she was the winner of the “‘Women To Watch Colombia”. This award is given to the most remarkable women in marketing, advertising and media.

“Thoughtful and accurate work, respecting clients and being a good person, being clear, honest, persevering and creative are fundamental qualities to evolve and consolidate as a professional in the market”. Sanchez

She understands the client’s needs: “I think the major challenge is to have clients who are absolutely proud of their company, who want an ally that really cares, understands their business and the struggles their brands face”.( latinspots)

These are the names in our ranking, there are many other leaders who are revolutionizing the world of advertising with their extraordinary management. 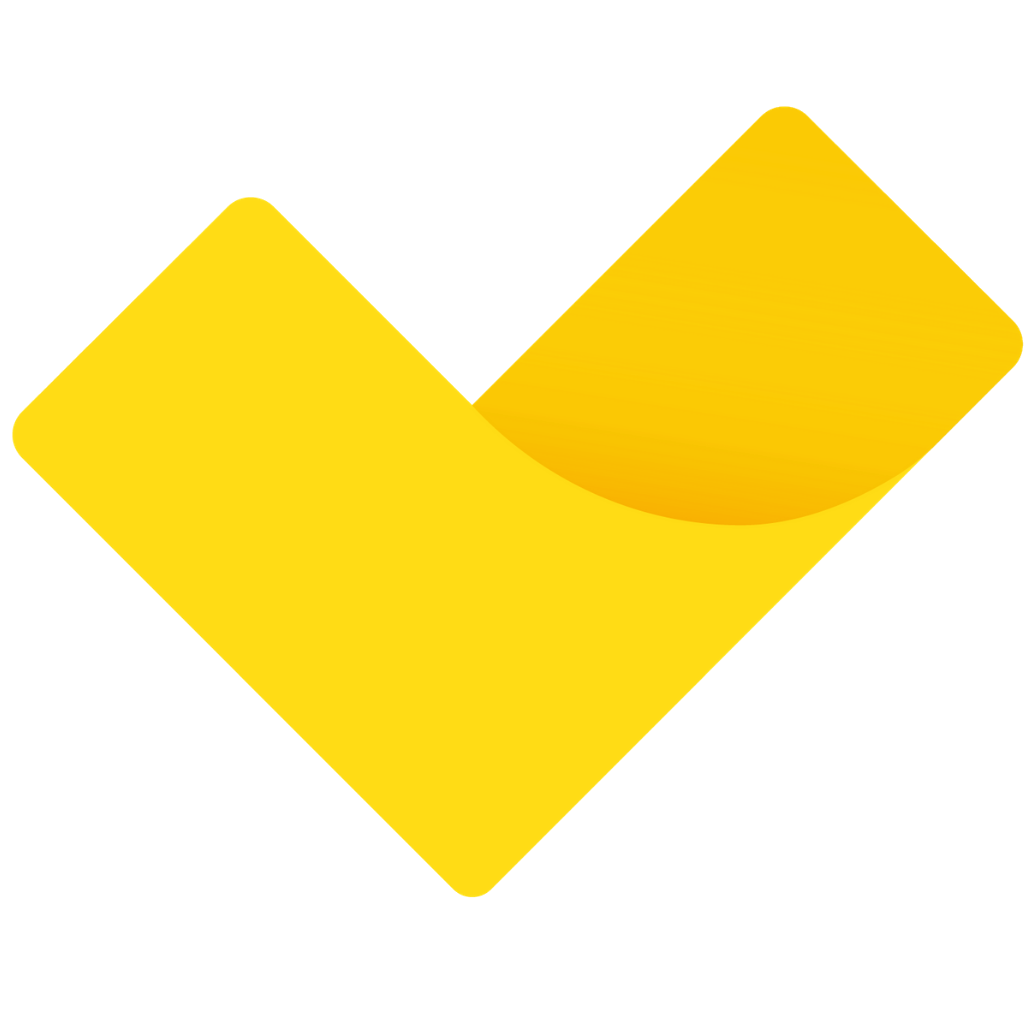